KOLKATA: From small-time traders and young salaried professional to elderly individuals and retired senior government officials – cops probing into the dud call centers and money fraud cases spread across sector V in Salt Lake, have come across a wide range of victims that have crossed over a thousand spread across Bengal, Odisha, Assam, Tripura and other north eastern states.
“The men primarily used to target elderly and retired citizen but a number of young individuals, too, have fallen into their trap. We are still in the process of accumulating all the victims. The amount of money duped from them also has a very wide range, from Rs 17,000 to Rs 1.25 crores. We have identified at least three such companies, sealed offices in 14 months and arrested some of the senior officials of the firms,” said a senior officer of Bidhannagar cyber crime police station.
Retired Jadavpur University official Ramendra Narayan Dutta had first received a call on June last year where the caller identified himself as an IRDA representative and claimed some of the old insurance policies of Dutta that had got lapsed because of non-payment of premium amounts, could be revived and that he was eligible to get the promised sum on maturity plus a penalty fee by the company. The caller then asked him to visit their office and managed to eke out Rs 50,000 from him as a refundable token money to restart the policy.
“My father fell in the trap and was wowed with their office spread across seven floors at a Sector V building. Over the next several months, they managed to take out Rs 7.5 lakhs from my father citing some issue or other. They even visited him when he was admitted at a hospital,” said Sneha, Dutta’s daughter.
Subimal Bhattacharya, an 88-year-old Belgachhia resident, met with the same modus operandi and same fate as he paid Rs 32 lakhs to Deal Money Securities Pvt Ltd over a period of a year. While duping 84-year-old Debidas Roy, a retired government official who stays in Purulia, the callers claimed themselves as representatives of a telecom firm and that their property was selected for installation of a mobile tower. For installing, they demanded a one-time amount of Rs 20 lakhs apart from Rs 20,000 as rent per month.
“I was in need of money for a medical emergency. Given the situation, I fell for the trap. I was duped of Rs 2.25 lakhs over a period of four months,” said Debidas Roy.
The companies – Deal Money and Crater Online Retail Pvt Ltd also used to dupe people promising them personal loan and minimum interest.
Cops said they are still in process of sealing their properties and arresting more officials of the firms but asked citizens to be aware of such frauds. 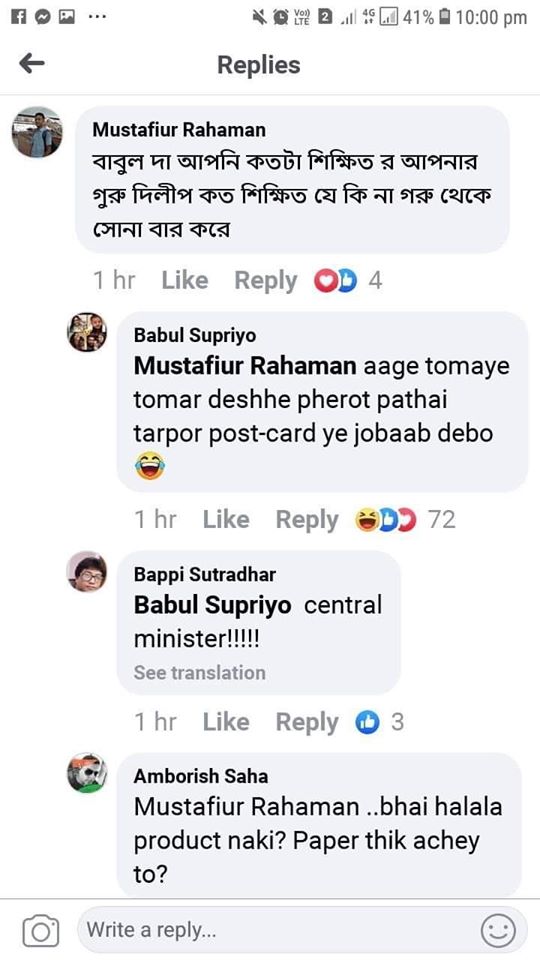 NAIHATI(WEST BENGAL): West Bengal chief minister Mamata Banerjee on Friday said that as long as she is alive the Citizenship (Amendment) Act will not be implemented in Bengal.
None can snatch away the rights of the people of the country, like citizenship, the Trinamool Congress supremo said at a programme in Naihati.
Supporting the students’ protest across the country against the contentious CAA, she wondered why they can vote to elect a government on turning 18 but not have the right to protest.
“As long as I am alive CAA will not be implemented in Bengal. No one has to leave the country or the state. There won’t be any detention center in Bengal,” Banerjee said.
“Why can’t students protest against a draconian law? The Centre is taking action against protesting students and is rusticating them from universities,” she added.

KOLKATA: The year-end festivities have brought cheer to crooning bars in central Kolkata, where “occupancy” jumped from 35%-40% till second week of December to 75%-80% on December 24 and 25. Usually wary of police crackdowns for violating guidelines, many of the outlets have been decked in festive decorations and lights for the year-end celebrations.
Earnings at many of these bars in central Kolkata, located within a few meters of each other in Esplanade and Chandni Chowk, plummeted for most part of 2019 after police barred patrons from showering money on singers and conducted raids on some of the establishments for violating norms, which stipulated that the crooners could only sing and sway to the music but not break into a dance. Many bars with multiple stories were forced to shut some of the floors owing to low footfalls as band leaders, who took the place on lease from owners and arrange singers and musicians, could no longer afford to pay. But the scene seemed to change during Christmas, when the number of guests went up, raising hopes among the owners of at least “breaking even” till December 31. Some band leaders at bigger bars are now contemplating to seek permission from police to operate till 1am if business continued to be good throughout the week. “According to the rules, we must shut by midnight, but police are granting permission for an extra hour on December 31 for a fee of Rs 15,000. Under normal circumstances, it is a loss-making proposition because a band leader has to also pay the singers, musicians and bouncers. But if business picks up, it makes sense to keep open till 1am,” said a band leader.
Till a few days ago, the owners had lost hope. “Business has dried up and footfalls even over the weekends are low,” Chandresh Meghani, partner at Hotel Embassy, which has two floors, had said. But band leaders said business on December 24 and 25 was “relatively better” and they hoped for an encore on December 31 and January 1. “Given the state of affairs in the past few months, business on December 24 and December 25 was decent. The floors were packed till midnight, a rarity nowadays. We are expecting it to be as good till the beginning of the next year. This will help us recover at least our cost,” said a band manager, who runs floors in three bars in central Kolkata.
The swinging business graph impacts the band leaders who pay a rent to bar and hotel owners. The rent may vary from Rs 20,000 a week to Rs 45,000 a week, depending on the locality, space and the “profile of guests”. Crooners or singers are also supposed to obtain a licence from police.
Singing bars existed in the city in the ’60s and ’70s but the practice gradually discontinued. It made a comeback in 2005, when dance bars in Mumbai were banned but they were different from those that existed earlier. There were reports of frequent clashes and complains of “harassment” of singers. Earlier this year, police enforced a rule, barring guests from showering money on singers, a common practice at many places. Cops also raided bars that operated beyond deadline and had more singers than allowed.

KOLKATA: Phoolbagan police have registered a case of cheating and criminal conspiracy against an event management company operating from south Kolkata for allegedly duping at least three different doctors’ forums. Members of the company had allegedly taken Rs 23 lakh, promising to arrange for a top Bollywood singer, now a judge of a popular reality show, to perform at the end of their conference held at the Biswa Bangla Convention Centre earlier this month.
The accused even allegedly produced a fake email ID of the singer with the confirmation that she would be performing at the event. When some doctors contacted the singer’s manager a week before the event, they were told that no invitation had been received.
“The Asia Pacific Digestive Week was held from December 12 to 15. It was attended by 5,200 doctors and organized by three different forums — Indian Society of Gastroenterology, Society of GI Endoscopy and Indian National Association for Study of Liver. Over 200 foreign delegates also attended the conference. We had contacted the company in November-end and paid them Rs 23 lakh in three instalments of Rs 7.5 lakh (twice) and Rs 8 lakh. However, a week before the event, when we contacted the singer’s manager along with the copy of confirmation via e-mail, we realised that we had been duped,” said one of the organisers.
“The accused entered into a criminal conspiracy and duped the doctors of Rs 23 lakh on the pretext of bringing a Bollywood singer to their conference. The money was not refunded,” said a police officer. Cops said that they have asked the accused representatives of the company to turn up before an investigation team.
“We are also looking into three alleged banking transactions,” said the officer.